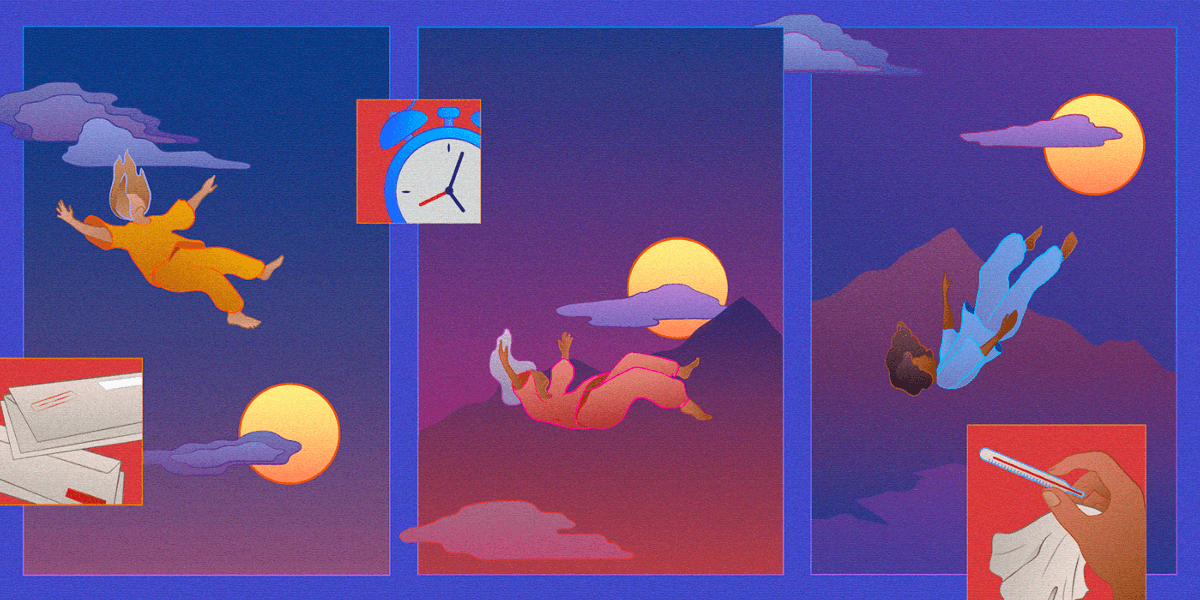 People working at Even come from diverse backgrounds — more so than anyplace I’ve worked. It was one of the first things I noticed, and one of the biggest reasons I took this job. This isn’t really a post about diversity, though. It’s about how, as part of those diverse backgrounds, quite a few Eveners have been up close and personal with financial stress. We’ve seen it and lived through it, and it’s why so many of us have chosen to dedicate our professional lives to this problem. Here’s what that looks like for me, personally.

I grew up in a middle-class household, in the less-affluent outskirts of an otherwise wealthy area in Northern California. Both my parents worked full time; my brother and I were your standard-issue latchkey kids. We didn’t get to go on the school trips to Tahoe or France, but we always had food on the table and paid-up bills. As an adult, I now know that it wasn’t easy for my parents to keep things afloat. That stability came with a lot of overtime, financial maneuvering, and stress.

Eventually I dropped out of high school, and started working full time to support myself. Soon after that, I’d go into serious debt because of a medical emergency while uninsured; one that was later flagged as a preexisting condition that only exacerbated my tenuous financial situation. I was poorly equipped to handle these issues, and compounded my own situation with bad choices.

Although I consider myself incredibly privileged and fortunate, for much of my life, money was constantly in the forefront of my mind, inextricably linked with stress.

Figuring out what matters

Now I’m all grown up, and for the past 10 years I’ve been fortunate to work at some great tech companies. But after being in tech for several years, some troubling feelings started to nag at me. I have this amazing job, and the industry is soaring, but at what cost? Is helping large companies succeed the most important thing to me? Is the work I’m doing helping people, or harming them?

I found myself thinking (and talking) about this constantly. It eventually got to a point where, like the author of this post, I no longer agreed with what the tech industry deemed important; nor was I interested in contributing to the big movers and shakers’ ideas of success. I realized I had two choices: Get out of tech, or find a company where I could do work I felt proud of.

I started to inventory all the things that matter to me, cross referencing them with how I could apply my marketable skills. A theme kept appearing related to something I’ve cared deeply about for my entire life: mental health. I decided this was an area I could do meaningful work in, and began looking at a new breed of startups focused on emotional wellbeing, therapy, and mindfulness.

Then I found Even — a company claiming to tackle the problem of paycheck-to-paycheck living for millions of Americans. Paychecks? Budgeting? It smelled like a fintech. As a dropout with a less-than-stellar personal financial history, I didn’t exactly view myself as fintech material. But I was drawn in by Even’s blog, which described financial stress and income inequality in ways that deeply resonated with me. Jon, the CEO, writes a lot about the shame people experience around money, and how costs for healthcare, education, and housing have skyrocketed — but wages haven’t. Other posts explore the ways in which it’s expensive to be poor, and challenge the notion that poverty is the fault of the impoverished.

I began imagining a modified version of Maslow’s Hierarchy: I could go work for a mental health startup, focused on people who had sufficient emotional bandwidth to first realize they need help, and then reach out. Or, I could direct my efforts towards freeing up that bandwidth for people in the first place. I could join a company that was trying to alleviate debilitating financial stress, so people have time and space to breathe, and improve.

Okay, but let’s be practical here

After speaking with Jon and Jane, it was clear that Even was checking all the emotional boxes for me. But as the old saying goes, the road to startup hell is paved with good intentions. So I started doing more research around the problem Even claimed it was trying to solve, and how its proposed solutions measured up.

I knew that it’s expensive to be poor because our economic and social systems trip the people who are already disadvantaged, then make it nearly impossible to get back up again. It takes extra money to recover from financial blows, or eke your way out of a paycheck-to-paycheck cycle of living.

Here’s what I didn’t know: Most people can’t find that extra money because of the way the human brain works when it’s confronting certain types of stress. In a book called Scarcity: The New Science of Having Less and How It Defines Our Lives, authors Sendhil Mullainathan and Eldar Shafir explain why “financial scarcity” — or simply not having enough money — leads to vicious cycles of instability. When faced with financial scarcity, the human brain operates differently and goes into “tunnel vision” mode. According to the authors, this different way of thinking “affects what we notice, how we weigh our choices, how we deliberate, and ultimately what we decide and how we behave.”

As I read this research, I had a clear moment of recognition: This is what happened to me in my early twenties. In the midst of a health scare, faced with unfathomably large medical bills, I was uninsured and had to figure it out. Predictably, I made a series of decisions that only served to worsen my debt — and stress — like taking out expensive lines of credit, and yanking myself out of college mid-semester (those three Fs still haunt my transcript to this day).

I did this all in a panicked state, because the weight of this financial crisis had me acting first, and thinking later. Weeks later, I was able to ask for — and receive — a loan from a family member that lightened my burden, yet it still took me nearly a decade to fully recover financially.

None of that was fun. But it wasn’t quite catastrophic, either. The real catastrophes befall people for whom there is no family member to turn to for a loan. People who can’t even get that expensive line of credit. The US Census tells us that 28.5 million Americans are uninsured. The American Psychological Association reports that 20 percent of people forego (or consider foregoing) medical attention due to lack of funds.

Not going to the doctor when you need medical attention seems crazy. But that’s the reality for millions. In those moments of financial scarcity, the brain whittles decision-making down to a singular focus: Put out the biggest fire first. For me, that meant going into serious (but ultimately manageable) debt. But for so many others, it means foregoing medical attention to keep a roof over their kids’ heads.

So how is Even helping?

Medical emergencies are near the extreme end of the financial crisis spectrum; in the opposite direction, there are things like flat tires and lost shifts. Nevertheless, the smallest crisis is enough to throw a family off its tenuous track. The authors of Scarcity suggest that one way to mitigate crises is to give people a buffer against financial shocks; to “create financial products that help build savings slack.”

But here’s the thing: There are lots of programs and apps that promise to help people save money. Best case scenario, they’re useful but limited in scope (or they’re designed for people who already have plenty of money). Worst case, they’re harmful — they present bad information or encourage detrimental decision-making.

I learned that Even’s approach was more than just “save for a rainy day.” It’s a set of tools designed to help people build and maintain savings that will insulate them against financial shocks. That’s why Even is described as a “financial wellness system” — if people have increased overall financial wellness, they’re able to recover from financial shocks more effectively (or avoid them altogether). Recent data from the Center for Financial Services Innovation (CFSI) shows that there are four elements of financial wellness: spending, saving, borrowing, and planning. There are also specific indicators that are used to determine exactly how well an individual is doing in a given area of financial wellness:

So this is what Even needs to build. Not just a budgeting app, or a fun way to save a few bucks; but a product that offers all the tools needed to build comprehensive financial wellness and reduce stress. A tall order, yes — in its current state, the product does nothing to help members with their credit scores or insurance. But Even’s made a strong start with features that help people ensure they’re spending less than they’re earning, and avoid predatory methods of borrowing. And we have a world-class data science and research team tasked with ensuring our product is actually doing what it claims.

If Even stays committed to building the full system people need — by keeping a close watch on CFSI data, and tirelessly seeking the truth from members — there’s a chance to build something that helps people build real financial wellness.

So that’s why I’m here. If you’d like to be here, too, check out our jobs page: https://even.com/careers 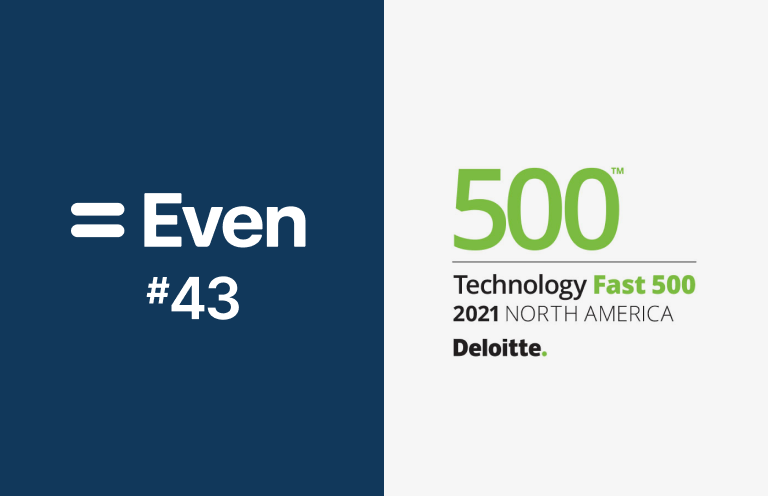 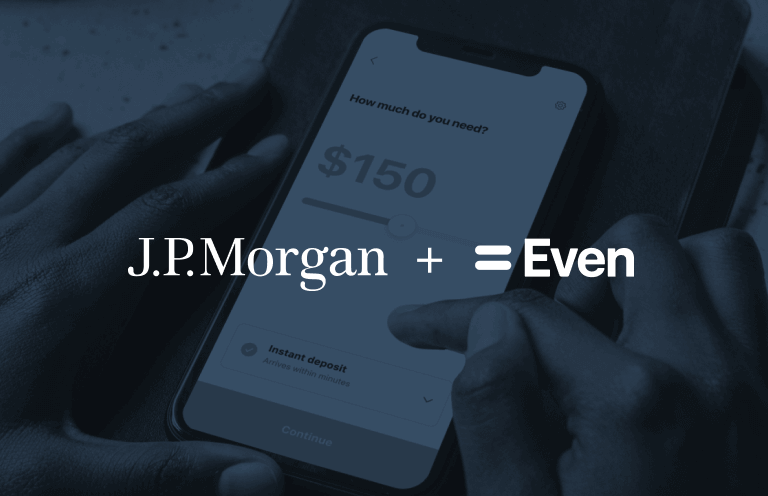